Airbnb Hosts in Hawaii Make HOW MUCH?! 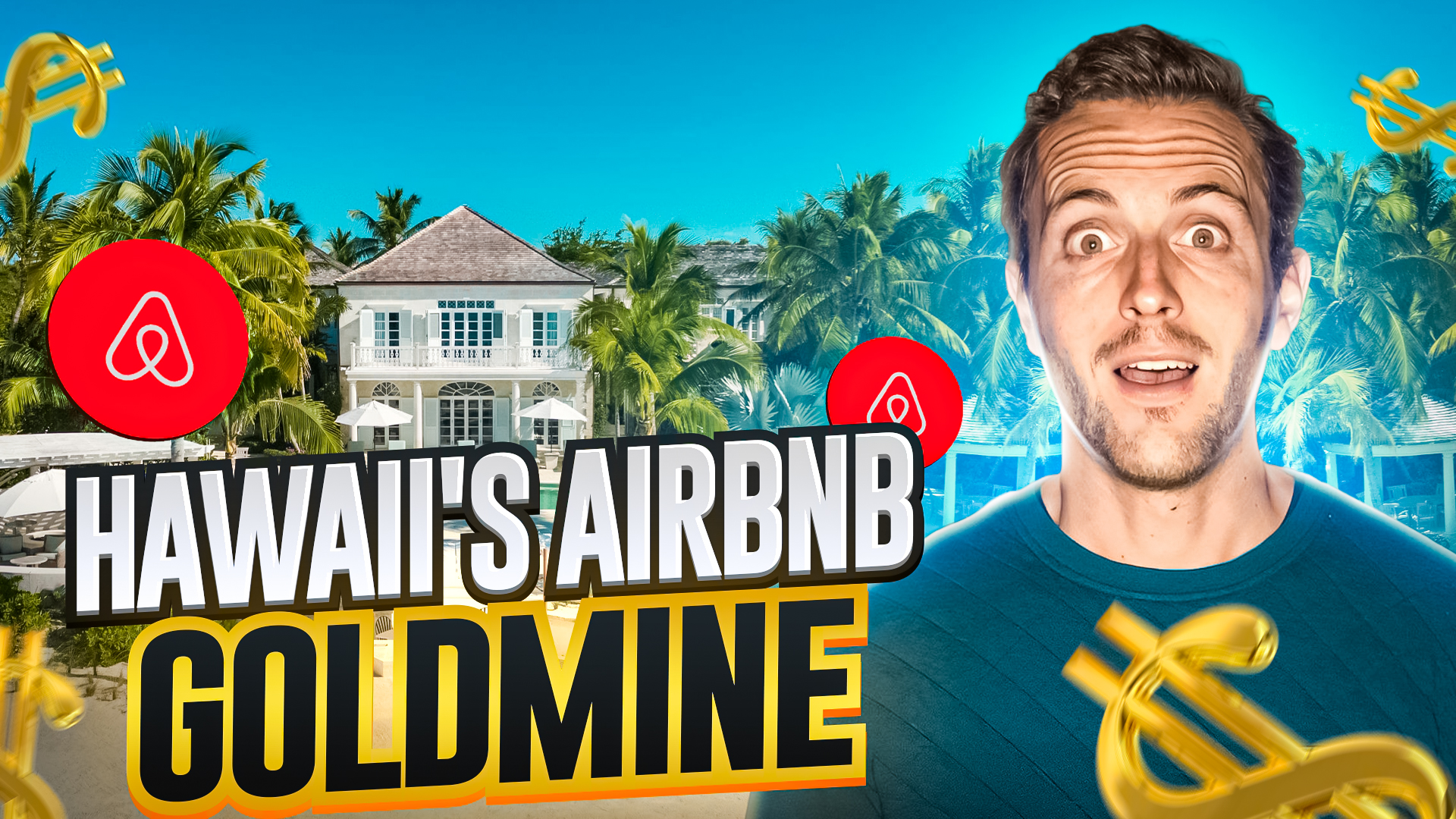 What’s a MILLION DOLLAR LISTING on Airbnb look like? In the video, I show you some top properties in Hawaii. Then, we dive into one that’s for sale RIGHT NOW!

Sure, it’s fun to drool a little bit on properties (mini resorts?) that can make over a million dollars a year as a short term rental.

And I can’t help myself but to do a bit of that… but in the video we also find a condo in that market in Hawaii that’s for sale right now.

I dive into the numbers to see if it’s a good investment.

In fact, you get to see exactly how I look at revenue data and determine what a short term rental can make each year.

That’s often the hard part for a lot of people because STRs are so seasonal. They go up and down every month. But it IS predictable with quite a bit of confidence.

See how in the video.

Way bigger, way nicer, right. So like, yeah, it’s, you know, I would change up a few things decor wise, but like way, way bigger property. And it looks like yeah, this is a standalone property, not a condo. So when you start actually digging into the the real comps for the property, you you start to discover stuff like that. Here’s another here’s a three bedroom, three bathroom condo, or a three bedroom, two and a half bathroom condo. It brought an $82,000 Over the last year, and it was available two to three days of the year. So I don’t love that one, just because it’s not available enough for us to really draw conclusions because two or three days we don’t know how it would have done over the remaining days. Here’s one three bedroom, two bathroom accommodate six people it was available 317 days last year over last year, and it brought in $91,000 in revenue. Poof. So this is again, this is a full home, right? This isn’t a condo, much bigger, much more spacious. So the prospect of this one doing 175,000 Like this property that we’re looking at doing 175,000 is not looking really good. It looks more like it’ll do right around here and there you’re going to be losing a lot of money. So pretty cool let me know your your your thoughts in the comment section down below if you liked this video if you enjoyed it if you got value from it, then drop a like on the video it does help me out tremendously with growing the channel. For me, I found this really fascinating. It still blows my mind that some properties are able to bring in a million dollars a year on Airbnb. It’s so crazy to think that and really interesting. I have a meeting to review some properties in Hawaii. If you have a property in Hawaii, let me know in the comment section down below as well. If you have a vacation rental in Hawaii, I’d love to know how it does if it actually gets ROI. Do you have experience in the Hawaii market? I’d love I’m just very curious about it. So I’d love to know what kind of returns people typically get. This was obviously just one property at random that we picked. But I’d love to know how people are actually performing out there. So anyways, thanks so much for checking out the video. If you liked it, make sure you give it a thumbs up. Make sure you subscribe to the channel to stay up to date with the two new videos we post every single week. And with all that said, thanks for watching the video and I’ll see you in the next one.